The Gundam Mk II is not an elaborate design by any stretch, but its elegance and clean lines make for a good translation into plastic. And for those who've built the old MG Mk-II, this is a complete upgrade in basically every category. The beam sabers on the backpack would get floppy on the old one, this time they clip in with a peg. The mesh tubing from the old one is back, but a new addition is made in the form of plated piston parts to go in the ankles, very similar to the Barbatos MG (which is excellent, btw). You get a Beam Rifle, a Bazooka, the vulcan pod, 2 sabers, and a shield, all of which is totally color accurate with the tiny exception of the yellow bits on the shield. The shield, by the way has perfected the sliding mechanism that so often fell apart in the old version. The icing on the cake (for some people) is that if you are in possession of the G-Defenser support unit from the old Super Gundam MG set, the backpack has the same old slot to plug it into, so that's compatible. It's not perfect, since the more modern releases are still pushing the Gunpla envelope, but I greatly appreciate the improvements over its 1.0 predecessor. Even if you haven't built that old kit, it's still a solid design and easily worth the cost of admission.

A really well designed kit and was fun to build. I liked how it came with a loading hangar display base. The Mk.II really captures the simplistic design of the UC era of Gundam that I like. Highly recommend this kit. 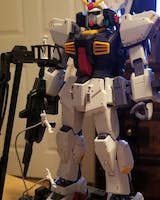 Very happy with the Gunpla quick delivery great packaging and was super fun to build. 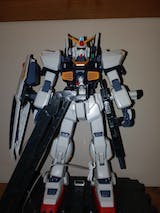 Looked Good when I build and compare to other 1/100 models and this stands out more and bigger than the other models, Highly recommended to buy this, my only Con(s) abiut this is the joints are kinda loose so you’ll need a Glue or cement to make the joints stiffer. 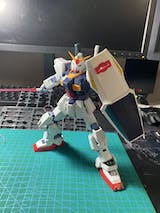 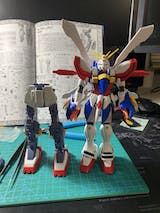 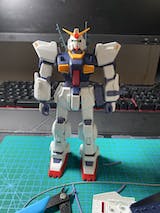